The concept of food sustainability is not new and it is seeing upward at the beginning of the year. Owing to the awareness regarding the concept of climate change and change in majority of people's interest, the versatility of the food sustainability trend is elevating. Simply put food sustainability refers to the process of producing healthy and nutritious food while maintaining a sustainable impact on the economy and social system but mostly the environment also its elements that surround food production to a great extent.

American Public Health Association (APHA) defined sustainable food as one that provides healthy food to meet current food needs while maintaining healthy ecosystems that can also provide food for generations to come with a minimal negative impact on the environment.1  The industry is also moving toward sustainable food with the view to ensuring the quality and nutrition intact. The food industry in the United States has observed and gone through many trends to accommodate delivering inexpensive, sustainable food and lead more people to grow their interest in this. Those trends are: 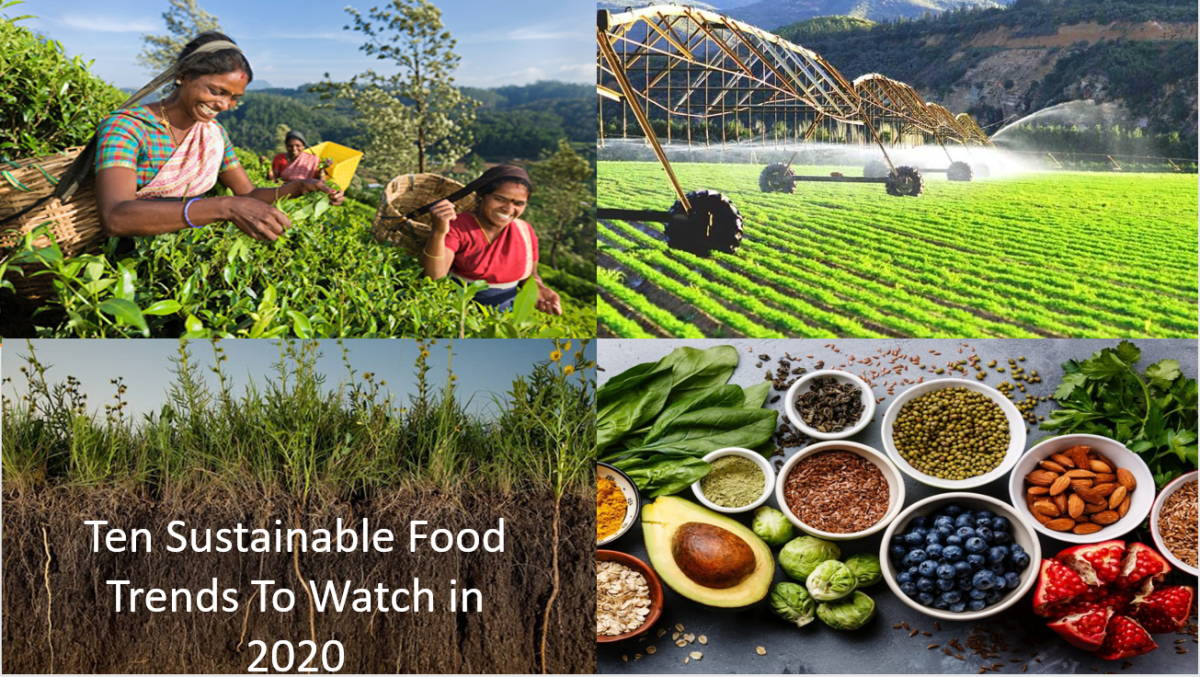 At the very outset of plant-based meat’s introduction in the US, it turned out a new chance for the vegans to relish something that satisfies their tastebud craving as well as provide them a unique food item. For the non-vegetarians or meat lovers, plant-based meat became the center of attraction owing to its ingredients that not only giving them a healthy boost but also the meaty taste to a great extent.

Interestingly, the promotion entailing the factors of the plant-based meat attracted the consumers lead the US consumers to purchase 157 million units of plan-based meat in the previous year, which accelerated the growth of this industry by 23%2. Note that the industry’s growth in the previous year is higher than earlier, and the number is increasing gradually. New SPINS retail sales data released March 3, 2020, shows that grocery sales of plant-based foods that directly replace animal products have grown 29% in the past two years to $5 billion.3

Gone are those days when single-multivitamin was a thing owing to the fact that people are now leading toward the natural vitamin supplements, which are catalyzed with different natural components with the view to engaging in the diet to the organic health benefits. For instance, if you look at the evolution of natural supplements in the US, CBD-infused products made headlines, recipes, and a significant hype in the country in 2019, resulting in CBD food items gaining recognition to a great extent.

Hence, dietitians, nutrition experts, and consumer researchers expect that the production of natural supplements will grow in 2020 and linger in the market in the future, as the consumers are now tuning in healthy diet and interest in natural supplements.

This goes without saying 'Health is wealth' and believing in this, millennials around the globe, including the US are showing interest in specific diets, such as ketogenic, plant-based, and veganism. Among all the diet charts, millennials are more attractive in the ketogenic diet to stay healthy. Statistics shows that the global ketogenic diet food market is anticipated to grow by 5.3% between the years 2019 and 2024. 4   Besides in the US, the ketogenic diet has gained a significant response in the previous year, and the trend is continuing at present as well. Eventually, ketogenic diet food is also a part of the food sustainability trends in 2020.